teamwork Archives • My Quest for the Best 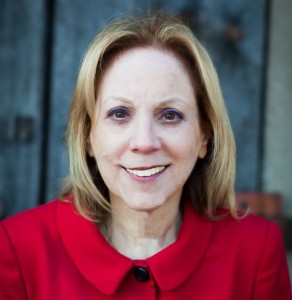 Behavioral Scientist and CEO of The Gabriel Institute

Dr. Janice Presser talks with Bill Ringle about Teamability®, and reveals some essential tips and tricks for team success on My Quest for the Best.

1:09 [On Presser’s early life experiences“My earliest questions didn’t have answers, I had to spend a lot of time seeking them out myself.”

2:00 “Everything is about people interacting with other people. And why is it sometimes that you have this amazing feeling that you’re yourself but you’re like the best you that you ever are when you’re doing it with these people?”

4:15 [On being a female entrepreneur during the women’s movement] “We were on a mission to change the world.”

5:15 [On the power of teams] – “Everyone else did all those other things that I didn’t do very well. I was great at coming up with ideas, but you have to have people who will lead the execution, or who make sure the details get followed up on, or the person who handles the emergency as it happens.”

5:53 “It was so gratifying, not just because it was my mission in life, but that I also could do it with people who felt that the way in which they were contributing to this thing that was bigger than any of us, that that was meaningful to them, and that’s a very contagious feeling. That feeling that what you’re doing is meaningful and important.”

7:36 “Teaming is a science. Great teamwork, that great team chemistry that we want, there’s an operating system for it.”

7:55 [On incorporating the formula for teaming] – “Whether you’re a startup or a huge multinational, it doesn’t matter, we all start new things at different times.”

8:20 [One of the most important question to ask about people] – “How do they really make meaningful contributions to something bigger than themselves?

9:18 Two more important points to think about when evaluating the people on your team and their level of contribution.

10:17 “It’s not that people are good or bad or indifferent, it’s that everyone has an optimal place that they’re going to make a better contribution from the standpoint of the team, but also do it in a way that’s fun for them.”

10:50 Presser uses herself as an example to describe teaming characteristics.

14:34 “If you want to understand anything about someone, all of the ways that existed prior to tenability are some variation of directly, or indirectly, asking someone what they’re like.”

15:26 “It’s not good for business to not have their needs met, and it’s not great for people to be in a job that isn’t going to be satisfying to them in at least some way, and to have that feeling of at least doing something productive.”

16:43 The characteristics which don’t factor into Teamability.

17:18 “If you ask someone how good they are at something, very often you’ll get something completely incorrect, because people do not know what they do not know.”

18:01 [On objective evaluation] – “The fact is, evaluating yourself you use yourself as the reference point.”

19:57 [On hiring for skill based work] – “Think about what’s important, what is truly important, in this job. If it’s something like lifting boxes, then ask someone to lift the weight of a typical package, or the heaviest package, that has to go on. That’s a pretty good test. But if the test is: Will they smile at the person they’re delivering it to? Do they have to deal with any regulators on the road? Ask yourself, ‘To be successful at this job, how does this person need to interact with other people?’”

21:52 “Rethinking what we expect of people in terms of personal interactions or longer term relationship is really key, because, you know, why do people leave jobs? Because they don’t like the boss or the people they’re working with. Most people don’t leave because, well, they don’t like the actual task that they do.”

24:54 The 4 components used for the Teamability Playbook.

25:30 [Basis 1 – Well fit] – “Give people actual work, tasks, day to day things to do that align with the way in which they contribute. They will be happier and so will you.”

26:34 [Basis 3 – Team Chemistry] – “If we try to do everything we don’t succeed very well and we feel like we’re being stretched in too many directions. When we find our role partner…then one person starts, and the other person finishes.”

27:55 [Basis 4 – Role Respect] – “Role is the way you make that contribution, and role respect is the way that a manager can manage, communicate, respect, appreciate any other person on the team in a way that aligns with the way in which they make their contributions.”

31:00 How to appreciate the people on your team in the role that they play.

33:41 “If you want to have better teaming, make it real, make it visible. Acknowledge people for the parts in which they contribute. And, by the way, if you start to do this at work, you will start to do this in your personal life.”

34:13 How growing up in your family structure creates the foundation for your views of teaming.

37:32 “If you are wanting a successful company, or division, or team, or anything, if it’s successful you are very likely doing something right, wouldn’t you like to know what it is so you don’t have to go through the aggravation of ‘Why did this work so perfectly last time and now it doesn’t?’”

39:56 “When you think of any sport team, you tend to think of the players that are on the field, but for every player on the field, how many people are there supporting them?”

Dr. Janice Presser is CEO of The Gabriel Institute, a behavioral scientist, and architect of the technology that powers Teamability®. She has studied team interaction in academic, clinical, and business settings for over 40 years, and has applied her expertise in the areas of HR metrics and measurements, workforce planning, and the future or work. Dr. Presser has authored seven books, most recently, Timing Isn’t Everything. Teaming Is (July 2017). In an era of digital disruption and transformational change, Dr. Presser’s integrated technology and management methods create collaborative culture, generate extraordinary business results, and open new paths to meaningful work and organizational health.