Rhett Power talks with Bill Ringle about the troubles and triumphs of entrepreneurship, and why it just might not be for everyone.

1:40 Power tells about the early influencers of his life.

2:40 [The Peace Corps] – “All of those life lessons prepared me for entrepreneurship.”

2:55 “Is entrepreneurship learned or is it innate?”

3:32 “Well I think certain people have the characteristics, maybe you’re born with it…but I see both sides now.”

3:52 “I think all types can be good entrepreneurs.”

5:04 “Some people are entrepreneurs and they don’t know it.”

5:27 Power recounts the various odd jobs he did prior to joining the Peace Corps. “It took me a while to find, finally, what I wanted to do.”

6:38 “It was the best move I ever made because I learned those two years about myself and about truly being able to do what I wanted to do, and to take chances.”

6:51 “Nobody’s going to hand you success, no one’s gonna do it for you. If you want something you’ve got to go out and work for it.”

7:39 “The work I did after Peace Corps in the developing countries, in the former Soviet Union, helping them understand what a market economy was, and helping them transition, and be profitable, and learn how to manage a new type of company, is what sort of got me where I got comfortable with the idea of going into business for myself.”

8:15 The genesis of Wild Creations.

8:25 “We both wanted to be in business. We felt like it was our time to do something and create something that was ours.”

9:10 Power describes the early days of Wild Creations, including an interaction with a body removal company.

9:43 [On taking over Wild Creations] – “We saw where the product could go, we saw what we could do with it. We thought that we could do something different with the company.”

11:11 How a UPS technology grant allowed Wild Creations to get off the ground.

11:32 “Every single vendor gave us 6 months of credit, or there would have been no way to secure those first orders.”

12:10 “Frankly we were struggling, we were probably about a month from having to close the doors.”

13:26 How a connection with the president of the Toy Store Association allowed Wild Creations to get their foot in the door. “Come to New York, come to the Toy Fair.”

15:53 [How honesty and communication allowed them to ship on time.] – “Build a relationship with your suppliers so if you have a problem or you have a growth spurt like that, then they are 100% behind you.”

18:10 Power discuss the process of writing the book. “When we started writing it I don’t think we knew what we wanted to say.”

18:45 “The Entrepreneur’s Book of Actions was easier because I knew what I wanted to say.”

19:25 Power lists the “avatars” he interviewed for his book.

20:01 “I wrote it because I think I know what people go through and I wanted to sort out their issues and help them be more successful.”

21:06 “I wanted to break it down for people what the important parts of the book were.”

21:42 Why doing something every day for a whole year brings about change.

21:53 Focus on self-change first, then focus on changing your people.

22:39 The questions and issues that entrepreneurs and founders often overlook.

23:49 The importance of managing the minutes.

27:01 What a bad experience with an experienced toy consultant taught Power about coaching.

28:00 “Founders and entrepreneurs, they typically have a vision for how they want to do something.”

28:22 What Power learned from Mark Thompson and Marshall Goldsmith

28:48 “When you run a company the size of our first company, you are the leader and your influence where that company goes.”

31:08 Why it’s important to hire a coach that you actually like.

32:56 “Success ultimately boils down to a couple of things. It boils down to your habits, your discipline, and your ability to figure out what’s important.”

Rhett Power co-founded Wild Creations in 2007 and quickly built the startup toy company into the 2010 Fastest Growing Business in South Carolina. Wild Creations was named a Blue Ribbon Top 75 US Company by the US Chamber of Commerce and named as one of Inc. Magazine’s 500 Fastest Growing US Companies two years in a row. He and his team have won over 40 national awards for their innovative toys. He was a finalist for Ernst and Young’s Entrepreneur of the Year award in 2011 and was nominated again in 2012. He was recently named as one of the world’s top 100 business bloggers in 2015.

Prior to founding Wild Creations, Rhett worked as an economic and small business development consultant for the United States Agency for International Development (USAID), serving 7 years in the former Soviet Republics of Central Asia. Prior to that, he was Director of National Service Programs for Habitat for Humanity, which included being Habitat’s chief liaison with for The White House, Congress, and the Corporation for National Service.

A member of the United States Department of State’s International Speakers Program, Rhett travels the globe speaking about entrepreneurship, leadership, and management alongside the likes of Gates Foundation CEO Sue Desmond-Hellmann, AOL Founder Steve Case, and President Barack Obama. He has written for the Huffington Post, Time, and The Wall Street Journal and is a regular columnist for Inc., Success Magazine, and Business Insider.

He served in the US Peace Corps and is a graduate of the University of South Carolina. His second book on entrepreneurship will be published in early 2017 by McGraw Hill. He now has a rapidly growing coaching and consulting practice based in Washington DC and Charleston, South Carolina. 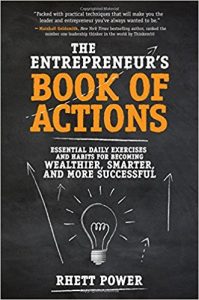 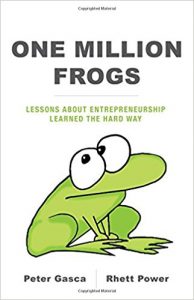 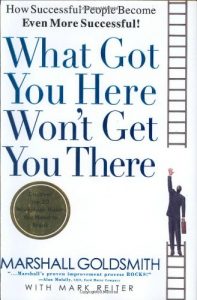