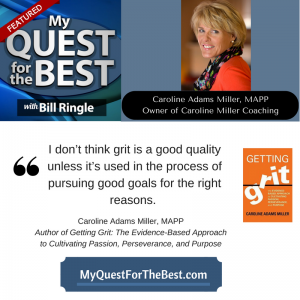 2:28 How both Caroline’s Grandmother and the founding principle of the Norwood school in Maryland had an impact on her young professional life.

3:45 Good handshakes show that you’re not afraid of being seen and heard.

5:08 Caroline recounts how Uncle Platt set the world record for the high jump.

6:02 [On overcoming bulimia and telling the story – “I had to begin unpacking how not just for myself, but for other people.”

7:04 “You have to learn to integrate recovery into a life which is part and parcel of how people connect with other people.”

9:33 “When we don’t talk about things that are part of our backstory, we connote shame.”

10:07 “I created habits that pertain to excellence.”

16:32 The main components of grit as espoused by Angela Duckworth

17:42 “I don’t think grit is a good quality unless it’s used in the process of pursuing good goals for the right reasons. “

18:45 “There’s a kind of grit that’s really dangerous in the wrong person for the wrong reasons.”

20:05 The story of Elizabeth Holmes and Theranos as an example of bad grit.

23:17 “The most meaningful goals are also the hardest goals.

24:39 “We have a generation I feel that was brought up to dumb down standards of excellence.”

27:06 “It’s really important to ask people not just what they have overcome but who else have they helped to overcome.”

Caroline is one of the world’s leading positive psychology experts on Goals & Grit ™. She’s spent more than 30 years helping individuals, leaders, and companies to cultivate grit, one of the top indicators of success. Caroline is the author of six books including Getting Grit (Sounds True 2017), Creating Your Best Life (Sterling 2009), Positively Caroline (Cogent 2013), and My Name is Caroline (Doubleday 1988). Live Happy Magazine named Creating Your Best Life one of the top 10 goal setting books ever published and Getting Grit one of the 10 books that would change your life in 2017. Caroline’s work has been featured in media around the world including BBC World News, The New York Times, The Washington Post, NBC, NPR, and CNN.
Angela Duckworth, the winner of the 2013 MacArthur Genius grant for her research on grit, said of Caroline: “I don’t know anybody who has thought more than [Caroline] about how to apply the scientific research on grit and achievement to our own lives!”
Caroline’s TEDx Talk “The Moments That Make Champions” explores the three things that we can choose to do differently to improve our chances of developing grit. Caroline has worked with clients around the world, including Morgan Stanley, Lululemon, The Wharton School/UPENN, RE/MAX, Booz Allen, Young Presidents’ Organization, Harvard Law School, and Swisse Wellness.
Caroline has a Masters of Applied Positive Psychology from the University of Pennsylvania and graduated magna cum laude from Harvard. She is a top-ranked Masters Swimmer in multiple events, has a black belt in Hapkido and has more than three decades of unbroken recovery from bulimia. 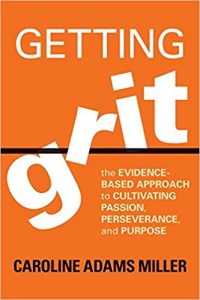 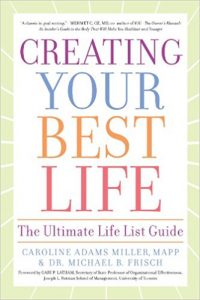 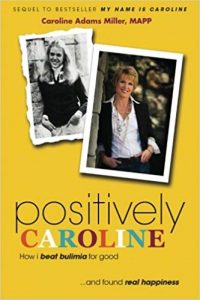 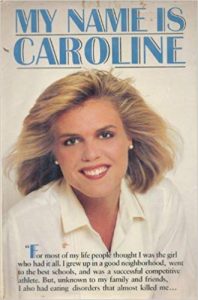 Got it!
X
Scroll to Top